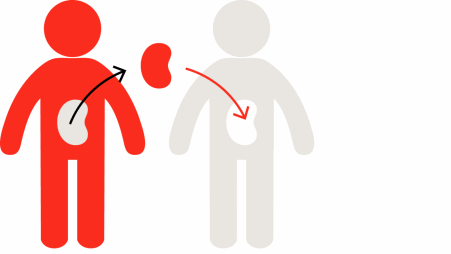 How one implements organ plasties?

Who all are qualified for becoming organ donors?

That’s a million dollar question! The transplantations are implemented among up to 4stage relatives as per the Ministry of Health’s instructions. But transplanting the organs except the relatives is possible with the approval of the ethics committee. The practice of cross donor variation is also legal and ethical in many legal frameworks.

Which are the hospitals where organ transplantation is practiced?

Well, everyone can donate their organs, after they cross the age of 18years. The documents that show that the organs were donated, in case of sudden or unexpected death, is signed before the two witnesses with an application to the departments of health, the hospitals or any of the associated medical institutions.

It may happen that the organ donors are still alive, or they are brain death. Many of the deceased donors are among those who are brain dead.  Being called brain dead means that the brain functions have ended, generally subsequent to receiving an injury to the brain, or other-wise the cutoff of the brain blood circulation. The breathing can be maintained through the use of artificial sources.

Once the doctors declare a patient brain dead, the patient can be considered as a great choice for organ donation. Conversely, the criteria for brain dead also vary. Because less than 5% of all the deaths in the world are consequences of brain death! The majority of the deaths result in deaths, which aren’t eligible for donation of the organs. There are major shortages of donated organs.

Overview of organ donation in Turkey

Thank you for contacting us.One of our consultant will be in touch with you shortly.

An error occurred while forwarding your message!